sinking ship:STEVEN SPIELBERG WEIGHS DOWN “AMISTAD” WITH TOO MUCH REVERENT HISTORY. BY CHARLES TAYLOR
■The head mutineer, Cinque, was from Sierra Leone, a British colony where slavery was outlawed. .
■Spielberg hasn’t gotten inside the character of Cinque (Djimon Hounsou) or any of the other mutineers. At times it appears as if Spielberg is trying to suggest how alien the Africans would look to the society in which they found their freedom being decided.
■But there’s something a little queasy-making about the shots of Cinque killing his captors — they look like fearful white fantasies of black rage. Spielberg has to show that Cinque seems alien to the men pressing for his freedom; he’s too smart a director to opt for a simple-minded parable of brother.
Salon Entertainment
MIDDLING PASSAGE
Sentiment threatens to sink Spielberg’s earnest slave-revolt epic, ‘Amistad’ by Edward Guthmann, Chronicle Staff Critic
■In “Amistad,” an admirable but disappointing effort that opens today at Bay Area theaters, Spielberg uses a more conventional format than he did in the stripped-down black-and-white “Schindler’s List,” and delivers a film that veers between stoic political correctness and mushy pop-Hollywood platitudes.
■Spielberg opens the film on board La Amistad — the name comes from the Spanish word for friendship — with a close-up of an African man’s hand feverishly removing a nail from his chains.
■The Middle Passage across the Atlantic, during which the Africans are treated as cargo, fed like animals, whipped and raped, occupies only a tiny part of the film.
SF Gate 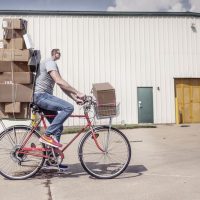